What is a LinkageError in Java?

A jar that is being loaded by two different classloaders can throw a java.lang.LinkageError. For example, your application server (e.g JBoss) on startup loads that jar or has a directory with that jar. Also, your EAR or WAR you are deploying has that jar in its say WEB-INF/lib. The two jars can conflict at runtime. Each class loaded is unique to the class loader even if it has the same package and class name.

What are some of the libraries that cause this pain?

How will you go about debugging and fixing a LinkageError in Java?

#1. Identifying the offending jar and class files with Unix commands

For example, if the “javax.xml.namespace.QName.class” from the deploy and lib folders, you can identify the jars as shown below

This can be further extended using “sed” to print only the offending jar file as shown below. The command shown below:

#2. Turning on the JVM class loading to verbose with

LinkageError can be hard to debug, and you need to understand how the class loader works, and may require application server level tweaking. For example, in JBoss you can exclude server modules as shown below in the “jboss-deployment-structure.xml”

The above snippet tells JBoss to exclude the logging modules in JBoss and to load “org.hibernate” modules from its library as opposed to from the war. You need to read the class loading section of your application server’s documentation.

You can configure for EAR files via jboss-app.xml

For the WAR files via jboss-web.xml:

You may want learn more about class loading in Java 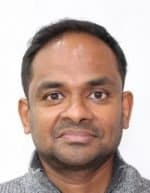