Notepad++ with the power of regex for productivity tutorial

This post is based on a industrial example where you have a CSV file where you want to add quotes (i.e. “) around it. For example


Another reason you might want to do this in Java is to construct a String array or list as shown below.
Now let’s see how we can use notepad++ find/replace function to add quotes around each entry using its find/replace with regular expressions as shown below. 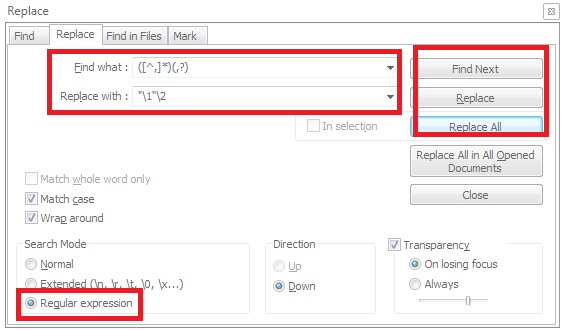 As you can see

Here is an example for replacing “,” with new lines. 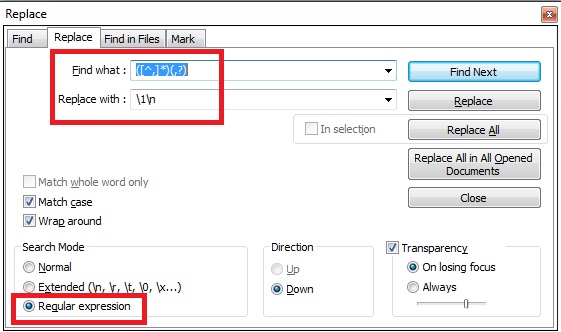 The output will be

There are times you want to convert “,” in files to”|”, but not replace the “,” within quotes. For eaexample:

The regex you can use in Notepad++ is